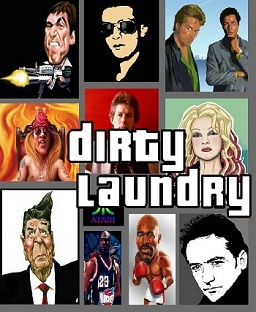 Kick 'em when they're up... Kick 'em when they're down...
"Okay, Kootch, I get it," Don interrupted, still trying to clean up the mess. "Still, I can't shake this feeling that there's one more great song stuck up here." He pointed to his head, and then looked down at the mess. "But I think any chance of that just poured out into the carpet."
Advertisement:

Inspired by the rise of pop-culture centered timelines

brought about from That Wacky Redhead, AlternateHistory.com member Andrew T sought out to create his own

, this one focusing on the 1980s. So, how did he go about doing it? Simple: with an album change.

If you are familiar with the Eagles, you should know this story: after the Eagles broke up in 1980, one of its founding members pursued a solo career. He was Don Henley and, in 1982, he released his very first solo album, I Can't Stand Still. From this came a song which managed to reach #3 on the charts, push the album to gold and help make Henley's solo career legitimate: "Dirty Laundry".

Now... what if Henley never recorded that song? Surely, one song wouldn't have that big an impact on history, right?

The tropes that have been affected by butterflies:

But by and large

, this TL is meant to be a trip back to the 1980s where up is down, black is white, and Saturday Night Live is cancelled in 1986. Doesn't that sound at least a little bit fun to you?