Fanfic / The Sun Will Come Up, and the Seasons Will Change 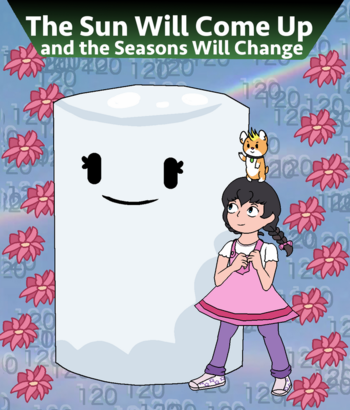 A fanfic of Infinity Train, the focus is on an autistic girl named Mary Summers. One day, after she learns her mother hates dealing with her daughter’s autism and sees something on her blog that absolutely terrifies her, Mary decides to run away from home. Suddenly, a magical train appears in front of her and she climbs on, ending up on the Infinity Train.

Back home, Mary’s sudden disappearance causes things to go out of control as Mary is declared a missing person and the town starts a desperate search for her.

Can be found on Archive of Our Own

This work of Fanfiction contains examples of: