Literature / Go Tell It on the Mountain 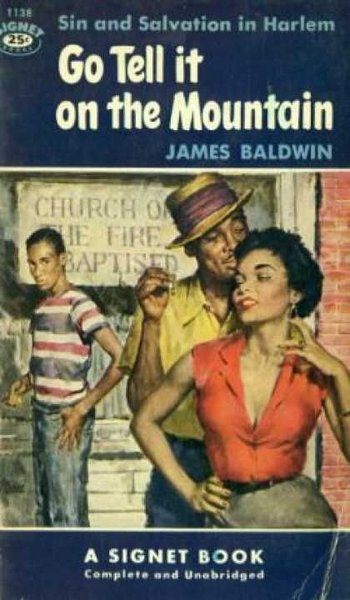 "Mountain was the book I had to write if I was ever going to write anything else. I had to deal with what hurt me most. I had to deal, above all, with my father. . . . Nobody's ever frightened me since."
— James Baldwin
Advertisement:

Go Tell It on the Mountain is the first and perhaps best-known novel of the American writer James Baldwin. Published in 1953 and based closely on Baldwin's own adolescent experiences, the book follows fourteen-year-old John Grimes, his hard-nosed stepfather (and Pentecostal preacher) Gabriel, his mother Elizabeth, and his aunt Florence as they grapple with their Christian faith and negotiate the hardships of African American life in early 20th-century Harlem and elsewhere.

Go Tell It on the Mountain is considered a modern classic, and it established Baldwin as an important voice in 20th-century American literature. It addresses many of the themes that would come to be signatures of his work, including issues of racial and sexual identity, the suffering and resilience of black people in America, and the role of religion in African American life.

Not to be confused with the spiritual song of the same name, though that is the source of the novel's title.

Go Tell It on the Mountain contains examples of the following tropes: