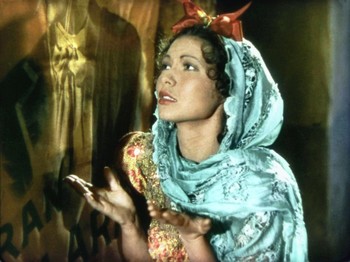 Señor Martinez, owner of a famous Mexican theater, comes to a cantina to scout out one of the dancers, Pancho. Señor Martinez intends to sign Pancho to a contract and take him away to the theater. However, his girlfriend Chatita (Steffi Duna), who doesn't want to be left behind, attempts to sabotage the deal.

This otherwise rather unexceptional short film was one of the first live-action films to feature the three-strip "No. 4" Technicolor process. Three-strip Technicolor would soon replace the old two-strip process and become the standard in Hollywood for decades.