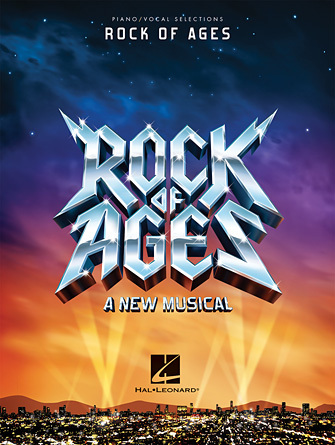 Rock of Ages is a Juke Box Musical, with a book by Chris D'Arienzo, built around Classic Rock hits from the 1980s, especially from the famous glam metal bands of the decade. The musical features songs from Styx, Journey, Bon Jovi, Pat Benatar, Twisted Sister, Steve Perry, Poison and Asia, among other well-known rock bands.
Advertisement:

A movie adaptation, whose plot was dramatically altered from the stage version, was released in 2012, directed by Adam "Hairspray" Shankman and starring Diego Boneta as Drew, Tom Cruise as Stacee Jaxx, Russell Brand as Lonnie, and Julianne Hough as Sherrie Christian. You can watch the trailer here

If you're looking for the video game, head this way.