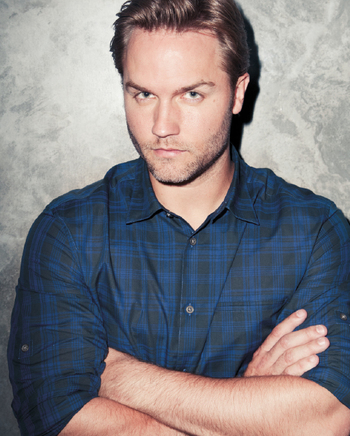 Porter is perhaps known for his roles in television, namely Jason Street on NBC's Friday Night Lights and George Tucker on The CW's Hart of Dixie. Additionally, he appeared in the films Music and Lyrics, Speed Racer, and Prom Night.

He's also a frequent voice actor, having lent his voice to many cartoons and video games — especially properties based on comic book characters, since he's an outspoken fan of them.

Some of his notable voice roles include Cyclops in Marvel Anime, Nightwing in Batman: Arkham Knight, Scarlet Spider on Ultimate Spider-Man (2012), and Star-Lord in Guardians of the Galaxy: The Telltale Series. He can also be heard in X-Men: Destiny, Minecraft: Story Mode, and The Walking Dead (Telltale).

Outside of film, television, and video games, Porter is an occasional singer, and originated the role of Matthew in the Off-Broadway production Altar Boyz. The 2009 film Bandslam displays his musical talents, as well.