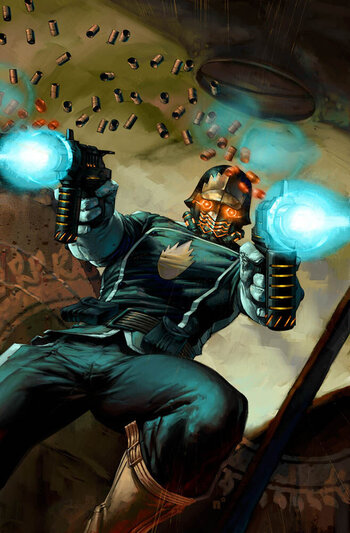 Written by Keith Giffen and drawn by Timothy Green II; Annihilation: Conquest tie-in. After the Phalanx invasion of Hala, Quill is tasked with leading a suicide mission to destroy a facility producing the techno-virus infecting the galaxy. This run is notable for essentially setting up what would become the 2008 relaunch of Guardians of the Galaxy. 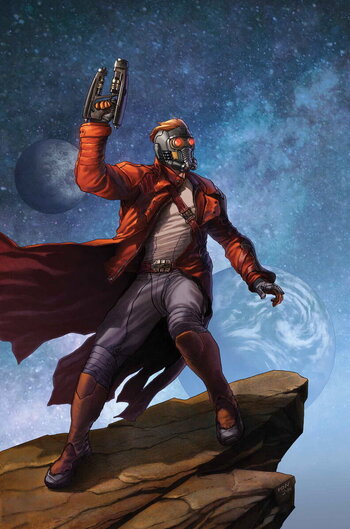 Written by Sam Humphries and drawn by Paco Medina. Published as part of the All-New Marvel NOW! era, and a Guardians of the Galaxy spinoff. The series follows Quill in various solo adventures during time off from the Guardians, develops his budding relationship with Kitty Pryde, and delves into some of his backstory. Ties-in with The Black Vortex from issues #9 to #11; replaced by Star-Lord & Kitty Pryde for Secret Wars. 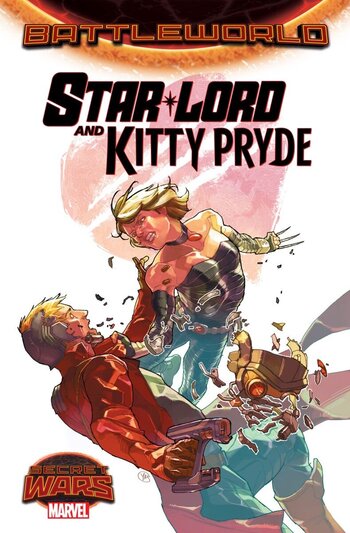 Written by Sam Humphries and drawn by Alti Firmansyah; Secret Wars "Battleworld" tie-in. After narrowly surviving the incursion between Earth-616 and Earth-1610, Quill poses as the singer of a swing band in the Kingdom of Manhattan. When he reunites with girlfriend Kitty Pryde, he quickly realizes there's a problem — it's not his Kitty, but a very different alternate version of herself. 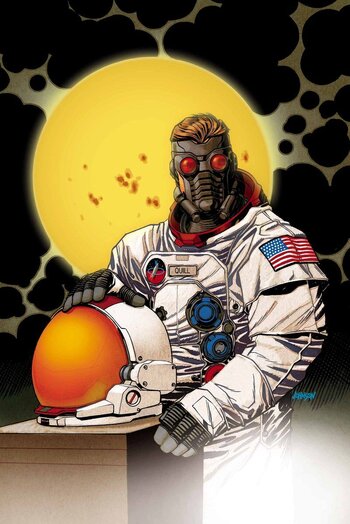 Written by Sam Humphries and drawn by Javier Garrón with Will Robson. Published as part of the All-New, All-Different Marvel era, and a relaunch of Legendary Star-Lord. Split into two arcs: an updated retelling of his origin, and the fallout of his breakup with Kitty Pryde. 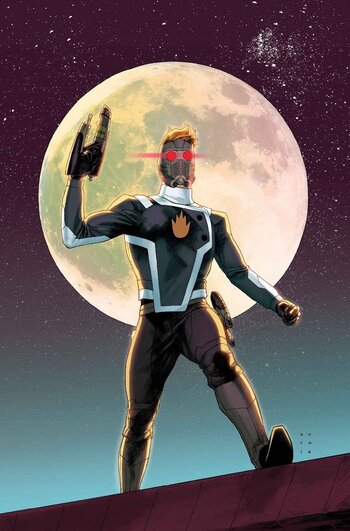 Star-Lord #2 cover by Kris Anka
Written by Chip Zdarsky and drawn by Kris Anka. Published as part of the Marvel NOW! (2016) era; Guardians of the Galaxy "Grounded" tie-in. With recent developments stranding the Guardians on Earth and leaving his personal life in shambles, Quill is forced to make do with the circumstances and readapt to his former home planet. But as always, trouble just seems to have its way of following him... 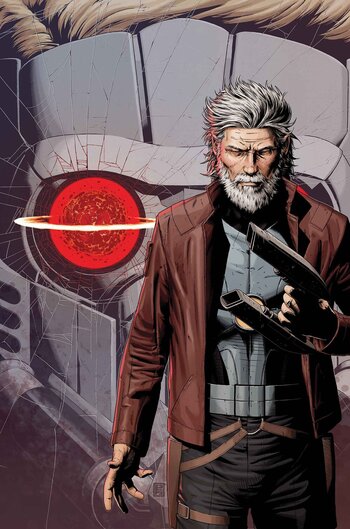