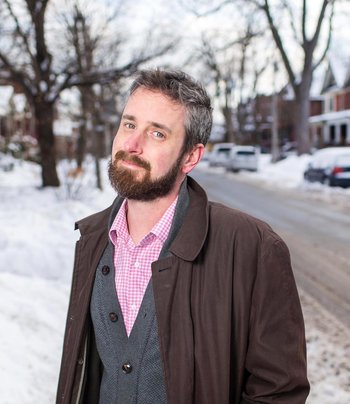 Zdarsky is best known for co-creating the Image Comics series Sex Criminals with writer Matt Fraction. For a long time, he tried to keep "Steven" and "Chip" as separate personas, with the former being a professional journalist, and the latter a self-described "idiot who doesn’t know" what he's doing. Now that most, if not all, of his fans are in the know, he will respond openly to being called Steven, though he still acts a bit goofy when being "Chip".

In 2015, Zdarsky began focusing more on writing comics (as opposed to drawing them), by relaunching Howard the Duck for Marvel Comics, which lasted for two volumes spread over a year. He then followed that series up with runs on Peter Parker: The Spectacular Spider-Man and Marvel Two-in-One, both launching as part of the Marvel Legacy era. During this time, he also wrote Jughead for the rebooted Archie Comics line, as well as the creator-owned sci-fi romp Kaptara for Image. In 2019, he started his run on Daredevil.

Chip Zdarsky (and his work) contain examples of: