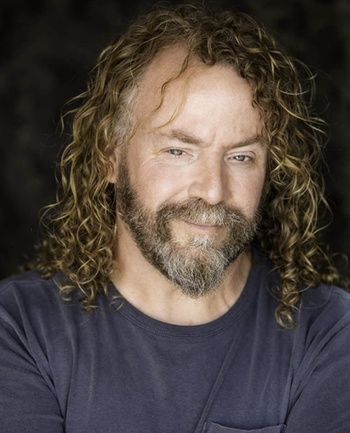 Ray Porter is found, Troper, and we will stop at nothing to describe him. Ready the tropes. We will use the old ways.
Advertisement:

A classically trained actor, his career went completely under the fame radar for three decades since The '90s, with numerous voice roles in animated series and films created by Richard Rich (religion-related series, Animated Hero Classics and then some), bit roles on film and television and the narration of hundreds of audiobooks.

Then, in 2019 and early 2020 amidst the fan campaigns to release Zack Snyder's version of Justice League, he gained wide attention as it was revealed that Snyder had chosen him to voice Darkseid, of all people.