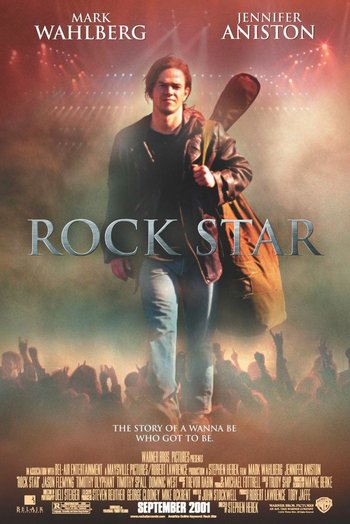 Rock Star is a 2001 comedy-drama film directed by Stephen Herek and starring Mark Wahlberg as Chris "Izzy" Cole, the lead singer of a tribute band who becomes lead singer of the real band he idolizes. This movie explores the rabid popularity and backstage excesses of the Hair Metal bands that dominated 1980s music.