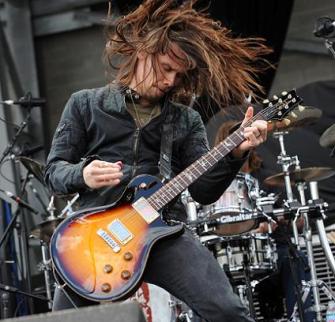 The swan song to the classic rock bands of the 1970s, Alter Bridge comprises three of four former members of Creed. Mark Tremonti spent some time practicing guitar after Creed split up and once he was sure he could melt faces

, he called up his former bandmates, found Myles Kennedy, and formed one of the rockinest

rock bands this side of the pond.

AB dropped One Day Remains in 2004. The album was largely recognized as a definite improvement over Creed and very well received. AB spent the next few years trying to make the Creed comparisons end. They finally did after they released their second album, Blackbird, in 2007.

While they're popular in America, they're huge in Europe and actually produced a live DVD in Amsterdam note although it's possible they did this for other reasons and another in London (Wembley Arena). By every account, the band is composed of some of the nicest guys you could ever hope to meet.