Manga / If I See You In My Dreams 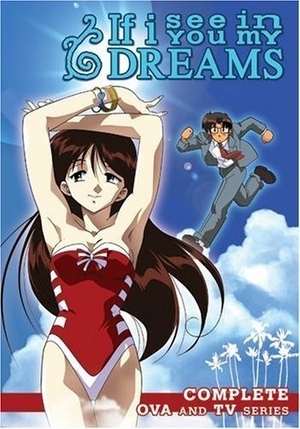 Masuo Fugano is a 24-year-old virgin salaryman, and Unlucky Everydude with a capital U. He's tired of being single, and grows despondent when a fortune teller seems to predict he has no chance in love. Despite this, he decides to try a marriage interview... where he meets the beautiful kindergarten teacher Nagisa Shiozaki, who has rather the opposite problem: Too many selfish Jerkasses chasing her have colored her opinion of men in general, and driven her close to giving up on finding a loving husband, but is this seemingly wishy-washy Extreme Doormat of a Dogged Nice Guy really a better prospect?

Well, maybe he's better than the Jerk Jock or the Upper-Class Twit who both insist "No" Means "Yes".

Thus begins Yamahana Noriyuki's If I See You In My Dreams (known in Japan as Yume De Aetara), which was serialized in Business Jump from 1994 to 1999; 17 volumes of Cannot Spit It Out, Poor Communication Kills, Takahashi-level Belligerent Sexual Tension... and Aw, Look! They Really Do Love Each Other, Love Bubbles.

An OVA and a 16-episode series (of 5 minutes by episode) were released in 1998, which became very popular in South America because Locomotion broadcast it every week.

Not to be confused with the very similarly titled musical film I'll See You in My Dreams.