Welcome to the Big City 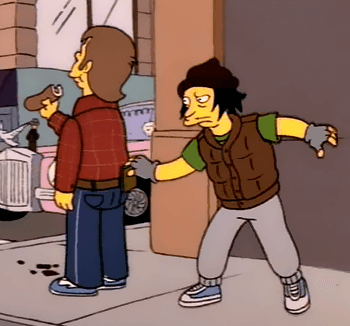 "You know where you are? You in the jungle, baby! YOU GONNA DIE!"
— Guns N' Roses, "Welcome to the Jungle"

Our Country Mouse character is young, idealistic, innocent, naive, you name it—and it's their first time in the big city. How to show that? Why, by him or her being confronted with any combination of pickpocketing, prostitution and generally upsetting behaviour, of course.

And the sooner the better, often right as they step off the train/plane/coach/boat from whatever idyllic rural paradise they came from.

If they're used to getting up with the sun, they'll have their sleep rudely disturbed by rowdy nightclubbers, obnoxious neighbors, construction work, subway trains or all of the above.

New York City is a popular venue for this.