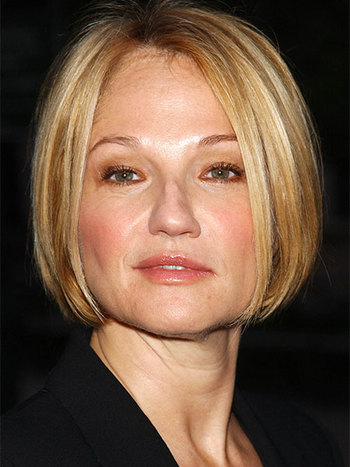 Born April 16, 1954, Ellen Rona Barkin is an American actress. She is nearly impossible to pigeonhole, having played ingenue and Femme Fatale roles in the course of her career, as well as many characters that don't remotely fit either archetype. Barkin's star first role in The '80s and she's never been entirely out of sight since then.