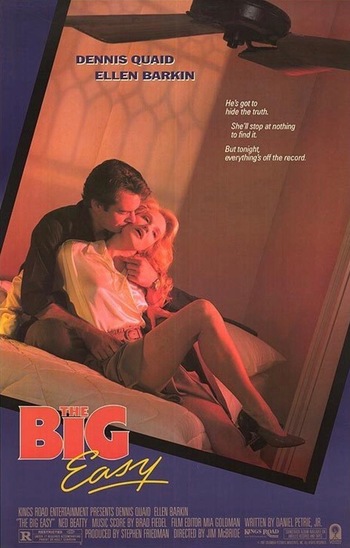 A 1987 comedic neo-noir crime thriller set in (where else?) New Orleans, directed by Jim McBride and starring Dennis Quaid and Ellen Barkin.

Remy McSwain (Quaid) is a mostly-honest cop investigating a series of gang killings; Anne Osborne (Barkin) is a special prosecutor for the district attorney on an anti-corruption campaign. They meet in the course of their work and quickly fall in love, but grapple over their different perspectives on justice. Meanwhile, those gang killings might not be gang killings after all, but something far more dangerous...