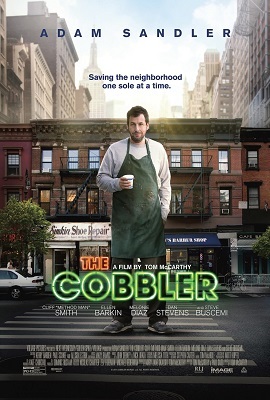 Max Simpkin (Sandler) is a lonely, schlubby cobbler in his 40s who lives with his mother while continuing to run the shoe repair business founded by his family decades ago. One day, after his electronic stitching machine breaks down, Max unearths a manual stitching device once owned by his now-absent father (Hoffman), and after repairing the shoes discovers something remarkable: when he wears shoes repaired with the device, he transforms into the shoe's owners.

Energized by his discovery, Max finds himself in a series of adventures as he tries out the lives of his customers, stages a make-believe reunion between his mother and father, and fights back against a gentrification campaign in his neighborhood led by corrupt businesswoman Elaine Greenawalt (Barkin). Eventually, he discovers he is a part of a world much bigger than he ever imagined.