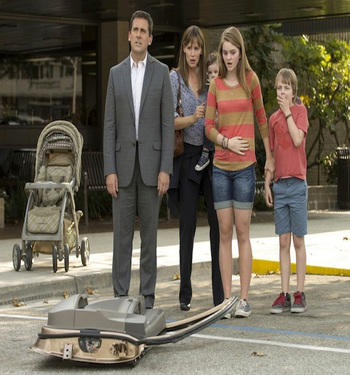 "I don't think he passed."
Advertisement:

Being The Hero is never easy. There are certain things heroes just cannot do without the universe conspiring to stall and/or ruin it in every way possible. One example is getting married. Another is taking a driving test.

"Driving Test" is code in Fictionland for "Scheduled Disaster." When a main character plans to take a driving test, it will be interrupted by a flash flood, a bank robbery (possibly with the escaping criminals hijacking the test vehicle), the appearance of a new door in the Portal Network, an attack by the Monster of the Week, an impending apocalypse, or some variation/combination of the above. No exceptions. Driving tests exist only to be Weirdness Magnets.

Note that this does not in any way affect the likelihood of the testee passing.