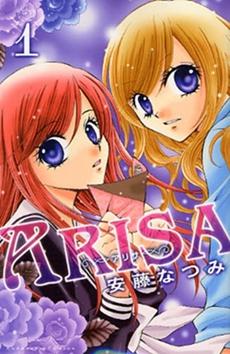 Arisa and Tsubasa.
"I know everything about Arisa. She's her class representative, she has good grades, and she has a lot of friends. She's a very gentle girl who's liked by everyone. But... I didn't know anything about the real Arisa."
—Tsubasa Uehara
Advertisement:

Tsubasa Uehara and Arisa Sonoda are twin sisters who haven't seen each other for three years due to their parents' divorce. They'd communicated through letters, but finally decide to meet each other again.

Tsubasa and Arisa are really different. Arisa is her class' rep, has the best grades and a lot of friends. She is really good natured and everybody likes her. Tsubasa is known as the "Demon Princess" of her school, because she is a Delinquent who always gets into fights, and her only friends are boys because the girls are dead scared of her. Also, she's got really bad grades.

So when Tsubasa says that she's envious of her, Arisa suggests they change places for one day. However, there are things about Arisa and her school that she hasn't mentioned to Tsubasa — dangerous things. And when Arisa tries to kill herself in front of Tsubasa and falls into a coma, Tsubasa decides that she must know the truth about Arisa in order to save her.

And then she learns of the King...

Tropes in Arisa include: