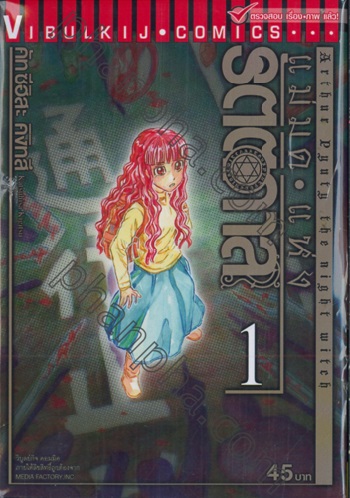 Ever since that day... one month ago... everything started going crazy.

A manga by Kigitsu Katsuhisa, the mind behind Franken Fran.

The human race has been infected by a strain of bacteria that was originally isolated in South America but has spread all over the world. The symptoms start with fever and vomit and eventually ends with the person in a coma. However, those who awake from that coma are those with incredible intelligence and they're soon able to see that they are in fact being ruled by higher beings that they thought only existed in fairy tales like demons and witches.

Arthur Pyuty was a witch who ruled a kingdom under the guise of a human until the side effects of the bacteria revealed her true nature to humans and they started revolting. In fact, Arthur and her kind, who used to hold high political power in society, are now being hunted down. Arthur and her assistant Ataru, a zombie, must move from place to place in order to avoid humans but also so that they can find a way to make things go back to how it was before.