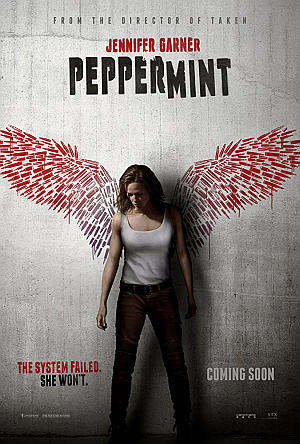 "We have an angel now."
The system failed. She won't.
Advertisement:

The 2018 film Peppermint, directed by Peter Morel (who also directed the first Taken movie) is the story of a woman named Riley North seeking revenge five years after the brutal murder of her family, starring Jennifer Garner as the widowed revenge-seeker.

Her quest for vengeance pits her against not only a branch of The Cartel but a system that denied her justice and is seeking to capture her.