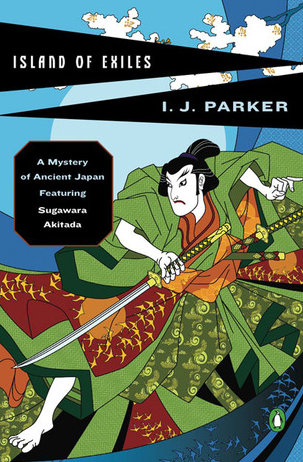 A typical cover for the series.
Sugawara Akitada is the hero of a series of detective novels by I.J.Parker, set in the Heian periodnote 794 to 1185, Japan.
Advertisement:

He is a young official who works in Ministry of Law as a junior clerk after graduating from the university specialized in law. He is also very bright and a genius detective, something his superiors often fail to notice. With the help of his wit, the power his position gives, his friends, servants and patrons, or by sheer luck, he solves cases that seem to be unsolvable.