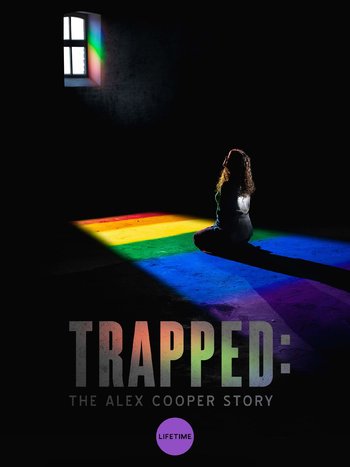 Trapped: The Alex Cooper Story is a Biopic directed by Jeffrey G Hunt that aired on Lifetime in 2019.

It's based on the true story of 15-year-old Alex Cooper (Addison Holley) who reveals that she's gay to her devout Mormon parents. The elder Coopers don't take it well; they fear so deeply for her soul that they take her from their Southern California home and place her against her will in a conversion therapy home in Utah headed by Johnny Simms (no relation) and his wife Tiana. Trapped for eight months with strangers, Alex faces horrible punishments and beatings that are intended to cure her homosexuality...