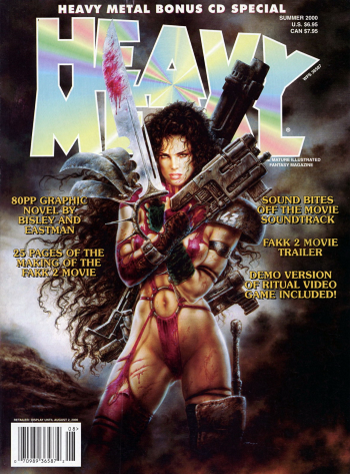 There have been several adaptations in other media, including the Heavy Metal animated movie, Heavy Metal 2000, and Metal Hurlant Chronicles. Love, Death & Robots originally began life as a reboot, but it ended up being a Divorced Installment.

Works that have appeared in Heavy Metal include: