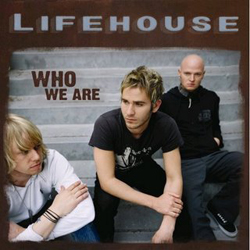 Precisely.
I'm falling even more in love with you,
Letting go of all I've held onto,
I'm standing here until you make me move,
I'm hanging by a moment here with you.
"Hanging by a Moment"
Advertisement:

Lifehouse is an American alternative rock band from Los Angeles. Not to be confused with The Who's music project of the same name. They have released seven albums.