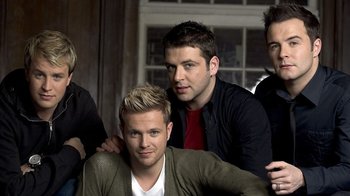 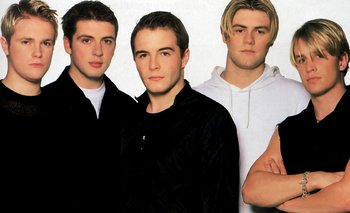 Westlife is an Irish boyband that was active from 1998 to 2012 before reuniting in 2018. They are best-known for love ballads like Swear it Again

, You Raise Me Up

, among others, as well as for performing while sitting on stools.

Originally a sextet called IOU from County Sligo, the group was significantly retooled by uber-producer Simon Cowell to create a quintet that almost immediately topped the charts and stayed there for the entirety of the group’s existence.

The original quintet was made up of:

Bryan eventually left the group, citing the workload’s negative effect on his personal life, changed the spelling of his name to ‘Brian’ and started a solo career with mixed success.

Meanwhile, the remaining quartet regrouped and continued recording and touring and enjoyed continued success until the four collectively decided that Westlife had run its course and to end their time as a group on their own terms. They've all gone on to pursue solo careers to some success.

In 2018, Shane, Markus, Kian, and Nicky announced that they were getting back together to record new music and go back on tour.