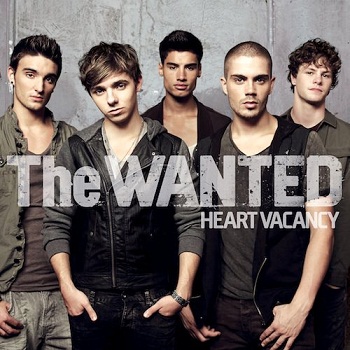 They're Glad You Came
Advertisement:

The Wanted are a British-Irish Boy Band that was formed in 2009 through a mass audition process. Their first big single in the UK was the song "All Time Low

" which surprised many by hitting number one despite a lack of traditional promotion. In 2012, they began accumulating popularity in North America with their song "Glad You Came

Their albums include their debut self-titled album, their second record "Battleground," and their US EP album, also entitled "The Wanted" which includes tracks from both of their European albums and two new tracks. Their singles to date are: "All Time Low," "Heart Vacancy," "Lose My Mind," "Gold Forever," "Glad You Came," "Lightning," "Warzone," "Chasing The Sun," "I Found You," "Walks Like Rihanna," "We Own The Night," and "Show Me Love (America)".

Aside from their commercial successes, they are most notable for defying many stereotypes of boy bands: they openly admit both to drinking more than they should and not being able to dance (and they don't dare dabble in actual choreography) and their sound is aimed primarily at an older teens, early twenties demographic. Because of this, they have been viewed as a "darker" version of rival boy band One Direction.

In the beginning, The Wanted and One Direction were at equal popularity in the UK, but with Bieber Fever still at its peak, neither band got much attention across the Atlantic. However, in the spring of 2012, the two bands turned their attention to the U.S., and teenage girls went absolutely crazy...but only over One Direction. The Wanted, on the other hand, sort of crashed and burned after "Glad You Came" finished its run, and have had very minimal success outside the UK ever since.

In early 2013, E!, in collaboration with Ryan Seacrest, announced that The Wanted were to be the stars of their own reality show. The show premiered in June of that year to below average ratings. The show didn't get a second season.

In early 2014, the band went on indefinite hiatus. However, Sykes has said that the breakup may not be forever and they may reunite someday soon. They eventually did in September 2021, when they announced they were reuniting and releasing new music. However, member Tom Parker passed away in March 2022 from brain cancer.

Members are (from left to right as they appear in the photo):