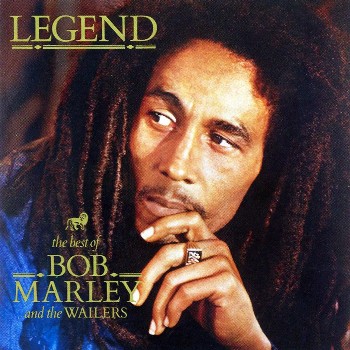 A legend by a legend.
Advertisement:

Legend is a posthumous Greatest Hits Album by Bob Marley & The Wailers, released in 1984, a mere three years after his death. It's widely considered to be one of the most excellent musical compilations ever made and sold millions of copies, making it the best-selling reggae album of all-time. It's even the second longest-charting album in the history of Billboard, only surpassed by The Dark Side of the Moon (1973) by Pink Floyd. One reason for its phenomenal success is that only Marley's universal Top 40 hit singles up to that time were included, not otherwise excellent songs that just never became hits.