Music / HIStory: Past, Present, and Future -- Book I 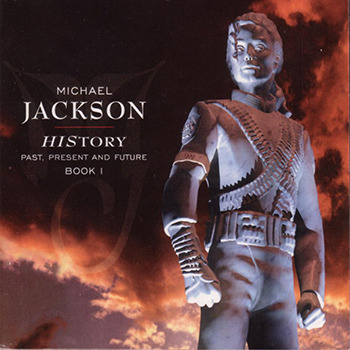 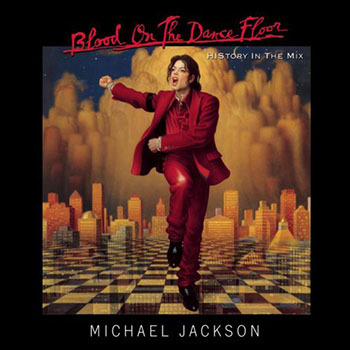 Tired of injustice
Tired of the schemes
Lies are disgusted
So what does it mean
Kicking me down
I got to get up
As jacked as it sounds
The whole system sucks, damnit
—"Scream"
Advertisement:

HIStory: Past, Present and Future, Book I is the ninth studio album recorded by Michael Jackson. It was released through Epic Records via his new MJJ Music label on June 20, 1995.

A Distinct Double Album, the first CD is a Greatest Hits Album covering his solo career on Epic Records, while the second CD contains all-new material. It yielded several worldwide Top 10 hits ("Scream", "They Don't Care About Us", "Earth Song", "You Are Not Alone", "HIStory" and "Stranger In Moscow") and ambitious music videos note  "Scream" remains the most expensive music video of all time at $7 million . The first disc would later be re-released on its own in 2001 as Greatest Hits: HIStory, Volume I, though the second remains exclusive to the double-CD package. The music videos associated with both the previous hits included on disc one and the new material included on disc two would also be collected on the 1998 compilation HIStory on Film, Volume II.

In the interim between Dangerous and this album, Jackson was first accused of sexually abusing a 13-year-old boy, which resulted in him negotiating a multi-million dollar out-of-court settlement with the accuser's family. This would lead to his public image taking a hit, and his widely publicized 1994 marriage to Lisa Marie Presley (daughter of Elvis Presley) just months after the settlement arguably made matters more complicated. Like Dangerous, HIStory was originally conceived as a standard "greatest hits" package with bonus tracks, but Jackson ended up recording more than enough new material to make a full album. These scandals provided much grist for the mill of the new songs on Disc Two of this album, resulting in a substantially Darker and Edgier work for Jackson. Sales and reviews of HIStory: Past, Present And Future, Book I were greatly overshadowed by the controversy about Jackson's private life, with most audiences failing to notice and appreciate the merits of the music itself.

In 1997, eight of the 15 tracks from the second disc were remixed and compiled into Blood on the Dance Floor: HIStory in the Mix, a remix album which also contained four cut songs from the Dangerous sessions ("Ghosts", "Superfly Sister", "Is It Scary", and the title track), and a brand new composition, "Morphine". It's recognized as the world's best-selling remix album of all time with six million copies sold, though it remains the lowest selling album Jackson released on Epic Records, due in part to the poor USA promotion by the label. Its title song would also be Jackson's final number one single during his lifetime. note It was his last #1 song internationally, while You Are Not Alone became this in the United States.

The original tracks from "Blood on the Dance Floor":

The remixes from "Blood on the Dance Floor":