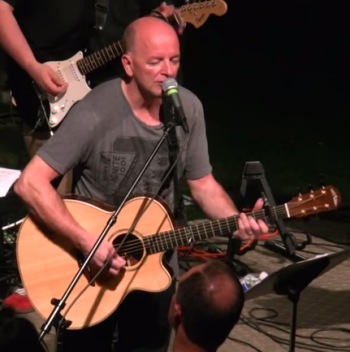 Robin Mark (born 1957) is a Northern Irish Christian singer, songwriter, worship leader, and recording artist based in Belfast, Northern Ireland. Mark has written several songs sung throughout the world. He is best known for his songs "Days of Elijah", "Revival", "All for Jesus", "The Wonder of The Cross", "Not by Might" and many more. He has released thirteen albums in total (which include Revival In Belfast, Come Heal This Land, and Revival In Belfast II) with sales of over two million world wide and has won the GMA's international award.

Tropes associated with this artist include