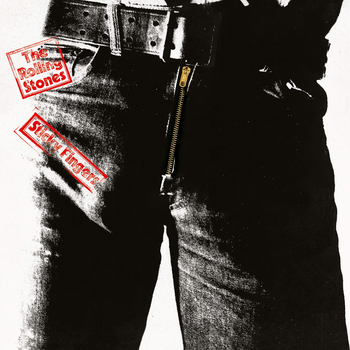 "It's just that demon life has got me in its sway."
Click to see alternate Spanish cover 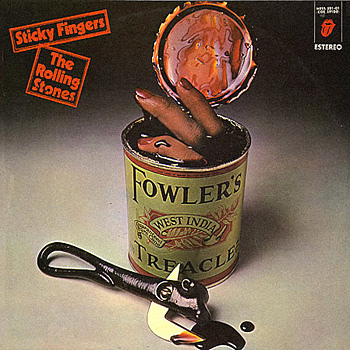 Sticky Fingers is the ninth studio album (eleventh American album) by The Rolling Stones, released in 1971. The album is notable for its cover, designed by painter Andy Warhol. Historically, it is important for being the first release on Rolling Stone Records, and completing the transition between the Stones' Jones era and Taylor era, which was first coming to fruition on their previous album Let It Bleed. Hits and fan favorites include "Brown Sugar", "Wild Horses", "Sway", "Dead Flowers", "Can't You Hear Me Knocking", "Bitch", and "Sister Morphine".

Wild tropes couldn't drag me away: