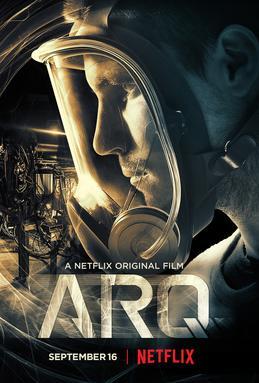 Renton (Robbie Amell), a scientist and runaway from the Torus Corporation, wakes up in bed next to his former lover Hannah (Rachael Taylor) as a group of masked men burst in and hold them hostage for Renton's stolen money. There are implications that the world is going through an apocalypse of some kind, including environmental collapse, and Renton is unwilling to let a bunch of thugs run away with his life's work, the ARQ. During the ensuing struggle, Renton is killed... and wakes up in bed. And the same thing happens all over again.