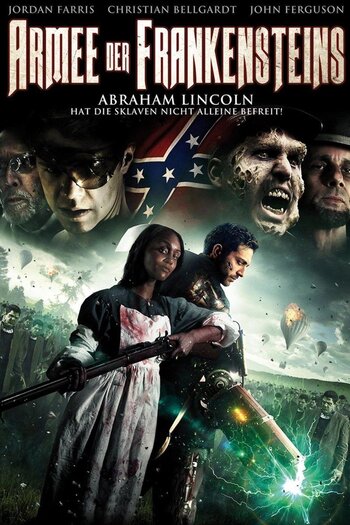 Lincoln did not free the slaves alone.
Advertisement:

Alan Jones is having a rough day. His landlord threatens him with eviction, his girlfriend cancels a date he was planning on proposing for, he's beaten within an inch of his life by street thugs, and he's experimented on by a Mad Scientist! The experiment rips a hole in spacetime, and Alan is sucked back into The American Civil War. Worse, a bunch of Frankenstein monsters from alternate universes came too! Now, Alan has to fight the creatures, get home and maybe, just maybe, improve history in the process.

Not to be confused with Frankenstein's Army.