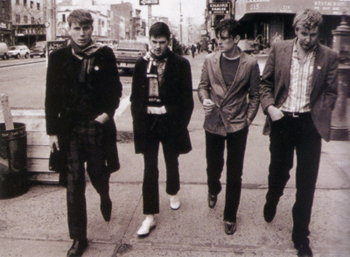 Franz Ferdinand is a Scottish Post-Punk/Dance-Punk band formed in 2002. They're named after a racehorse, Archduke Ferdinand, which was named after the Austrian archduke whose assassination sparked World War I.

The band and their music contain examples of: