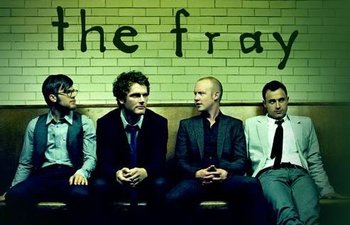 The Fray is a Denver-based rock group best known for their singles "Over My Head (Cable Car)", "How to Save a Life", and their piano-rock style of music.

Not to be confused with the comic book Fray.

The band's songs contain examples of: