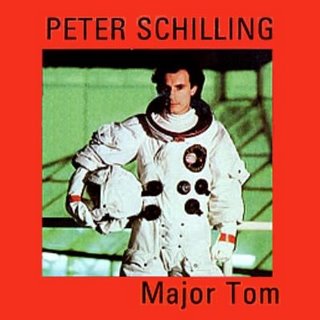 Peter Schilling (born Pierre Michael Schilling, January 28, 1956) is a German New Wave musician. Most of his albums deal with the future and are primarily based on science fiction.

His first album, Fehler im System / Error in the System (English), brought him into the spotlight with the song "Major Tom (Coming Home)", which was based on "Space Oddity" by David Bowie. The song achieved #1 in Australia, Canada, Germany, and Switzerland. After that, Schilling faded from the spotlight, though he continued to produce albums. Most of his songs are German only, but his early albums have both German and English versions of the same song - usually a direct translation.

Tropes below us, drifting, falling...