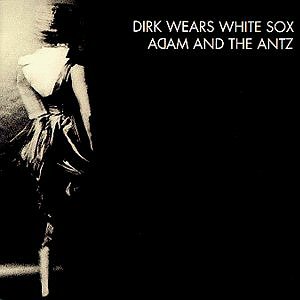 The family of noise is here and it's come to save everybody!.
Advertisement:

Dirk Wears White Sox is the debut studio album by Adam and the Ants, released in 1979. It is the only album released by the original Adam and the Ants line-up, who would go on to be swiped by Malcolm McLaren for Bow Wow Wow. The "Dirk" of the title refers to classic British film icon Dirk Bogarde.

Never Trope A Man (With Egg On His Face):