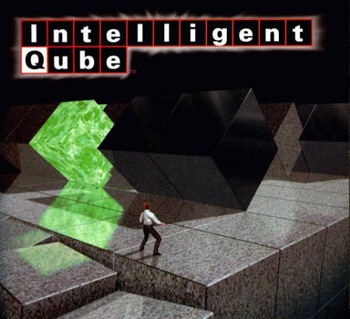 You play as a man who, for an unknown reason, is stranded on a floating grey platform in the middle of a featureless black void. An unseen 'Voice' demands that you take part in an arduous mental and physical trial known as 'Kurushi'.

Giant cubes stomp from the far end of the Stage toward you. You must use your 'mark' to trigger the destruction of each cube, one by one, before they roll off the edge of the Stage, and before they crush you. Succeed, and you'll open your mind to possibilities you never thought possible. Fail, and the universe will never be created. Perhaps.