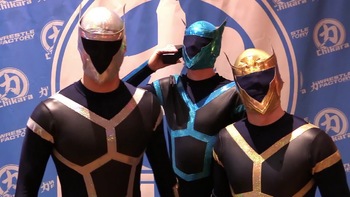 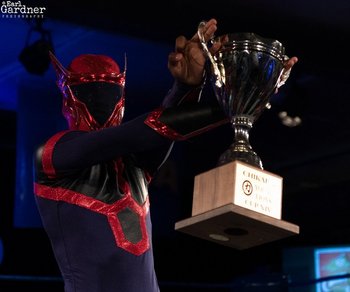 Xyberhawx 2000 are a Professional Wrestling Tag Team/Power Stable in CHIKARA. Nytehawk and Sylverhawk debuted first, in a loss to Juan Francisco de Coronado and Wani at CHIKARA Tabula Rasa, the first event released as part of the "lost" Season 17. Razerhawk debuted at Left Behind. Danjerhawk debuted by winning the Infinite Gauntlet (CHIKARA's version of the Royal Rumble) at CHIKARA The Infinite Gauntlet on May 5, 2018. They have also competed for Neo Spirit Pro and Pro Wrestling Explosion. Razerhawk has also held the Young Lions Cup.

"The flyest tropes in wrestling":