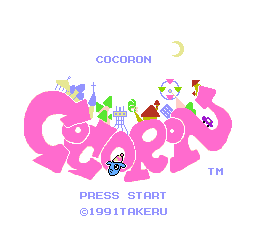 You are brought into a world of dreams by a Dancing Tapir named Tapir, who bills himself as a wizard who creates dreams for people. Creating an adventurous dream, he informs you that Princess Rua has been kidnapped by Evil Forces, and you, being the hero, are the only one who can save her, and that you can take any form your heart desires in order to do so. However, what starts as a simple Save the Princess Plot becomes a lot more once you realize the truth of the dream world...

This Game Contains Examples of: