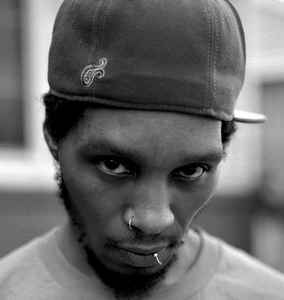 Born Teron Delvon Jones on August 12, 1972 in Oakland, California, Del Tha Funkee Homosapien is the cousin of West Coast rapper Ice Cube. Del, also known as Sir Dzl or Del Tha Ghost Rapper, is an underground MC who has seen relative success throughout his career. Founding the rap supergroup Hieroglyphics alongside underground battle rapper Casual, Del has made guest appearances on popular alternative bands such as Gorillaz, and has released nine studio albums, most to some critical acclaim.

Del began his career proper as a lyricist for his cousins group, Da Lench Mob, his raw humor contrasting Ice Cube's rough, gritty appearance. Del eventually signed on to Elektra Records, which allowed him to launch his career.

With the help of his cousin Ice Cube and his group, Hieroglyphics, Del released his first album, I Wish My Brother George Was Here, at the tender young age of eighteen in 1991. He later released his second album, No Need For Alarm, without the help of his cousin in 1993. Unfortunately, his debut was somewhat understated in the rap scene, though he did sell fairly well. After this began a 5-year hiatus to work with the other members of Hiero on their own projects.

In 1998, Del severed himself from Elektra to publish under Hieroglyphics Imperium, through which he has been releasing ever since.

Appearances on other artists' albums