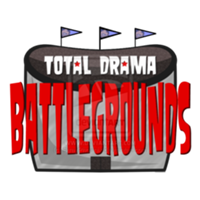 A pair of Total Drama fanfictions by The Kobold Necromancer.

(TDC), is set about six months after the end of Total Drama Island, with the contestants back for a new season where two of them will win $10,000. The rules are different, with teams being formed and dissolved for individual challenges, making alliances and rivalries more complex. While the fic keeps all of the characters at least partially in focus, Ezekiel is clearly the protagonist, bitter about the events of the previous season and determined to do better this time around. The numerous subplots include Courtney seeking revenge on Harold for what he did to her in the first season, Katie having a crush, Tyler dealing with a past trauma and Izzy searching for the mysterious "Jellybean Smuggler", among others. This story reached completion February 2009.

(TDB), is a similar story set six months after TDC. Here, however, the twenty-two original contestants are joined by twenty-two new ones, who can be found on the author's Deviantart page Total-Drama-Comeback-2 here

. The story alternates between "normal" challenges and ones performed via a virtual reality machine, the latter involving tasks that would be impossible in the normal Total Drama universe, such as fighting vampires or zombies.

The Kobold Necromancer is also the author of TDWT Reducks Redux, a Fix Fic for season three and Love Ain't Easy, It's Ezzy, a Shipping fic about the adventures of Izzy and Ezekiel set during season two.