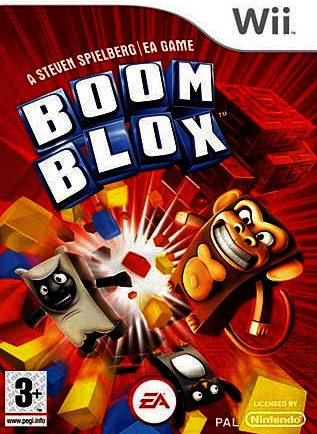 In this 2008 Wii game of Steven Spielberg's making, the player is treated to a colorful world full of blocky-looking animal characters and blocks that you are expected to knock over. This physics simulator is generally played using a single Wii remote, but can have up to four players. There is also a well-designed level editor for fan-made content.

Also has a 2009 sequel, Boom Blox Bash Party, though neither game has yet to sell all that well.