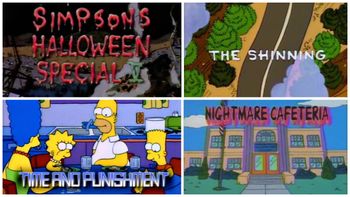 In this year's collection of frights: