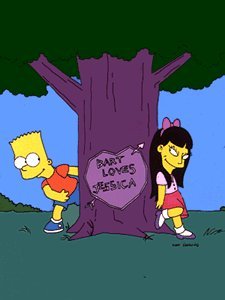 Reverend Lovejoy's preteen daughter, Jessica (voiced by guest star Meryl Streep), arrives in town, and she and Bart strike up a relationship that proves more than he can handle.