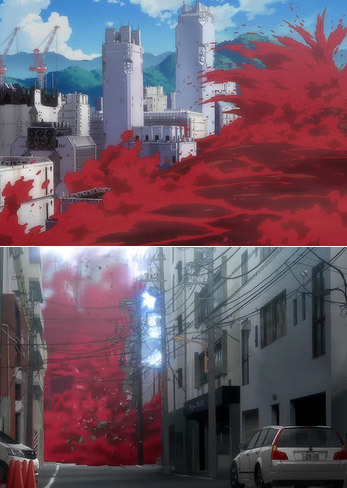 Blood acting like a large body of water, whether for drama value or simple Squick. Often a source of Bloody Horror.

Can be justified if the action happens in a Womb Level.

Sister Trope to High-Pressure Blood, which emphasizes speed of flow rather than quantity, and comes directly out of a living being (though the latter can be said about some uses of this trope).

Named after a famous speech

by Enoch Powell (itself an allusion to a line from Aeneid), which is, however, not an example of this trope.

The Nile is turned to blood

The Nile is turned to blood