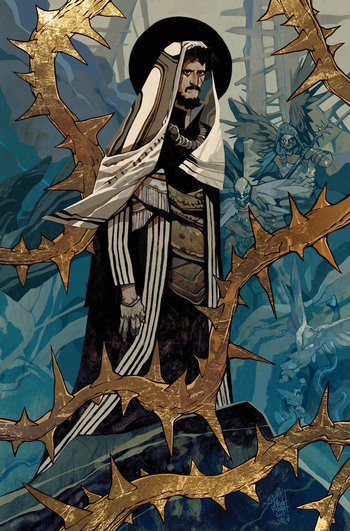 Judas is a 2017 graphic novel written by Jeff Loveness and illustrated by Jakub Rebelka.

Judas Iscariot journeys through life and death, grappling with his place in "The Greatest Story Ever Told," and how much of his part was preordained. In a religion built on redemption and forgiveness, one man had to sacrifice himself for everyone…and it wasn't Jesus.