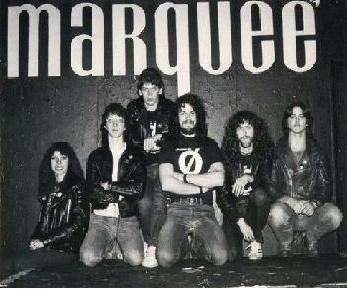 Underground Zerø is a British space rock band formed in 1979 in East Anglia, otherwise a wasteground for British pop and rock music where even the most ardent musicologist would be hard-put to name more than three significant acts. (The Singing Postman, Nick Kershaw, Cathy Dennis, and... er, that's it). The band are based in Norfolk, UK, and are also known as UZØ.

While the band (originally called Ground Zero) is often referred to as "Underground Zero" or "Underground Zer0" in print, the official name of the band includes the slashed zero in its name. Their sound is similar to and heavily influenced by Hawkwind. They have sometimes supported Hawkwind on tours and have featured on several Hawkwind: Friends and Relations albums.

This band's work includes examples of: