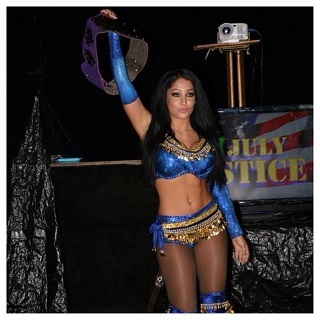 Mandy Leon is an American Professional Wrestler from New York City best known for her work in Ring of Honor. She debuted in 2014 after training under Delirious and Daizee Haze. Along with her VOW Vixens' Title reign, she is a 2x KPW Women's Champion