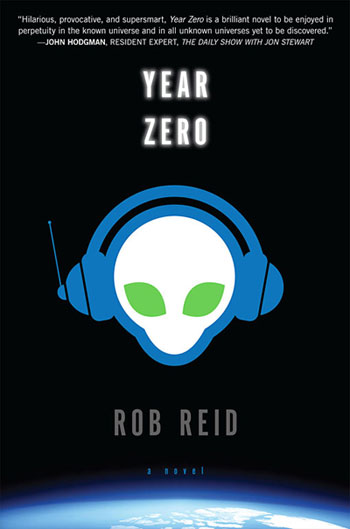 "Aliens suck at music. And it's not for lack of trying."

Humans, however, have it mastered (sans North Korea). Though our plays may be horrific in writing, our stained glass windows may be dull and unimaginative, we are quite good at music. So good that the sheer awesomeness from the Power of Rock killed entire species, just from the rapture of listening to it. Naturally, the surviving races of the Refined League wanted a copy of our music. All of it.

Unfortunately, it wasn't until many years later they discovered the maximum fine of $150,000 per copy. Effectively, the universe is bankrupt and some are not happy about that.

Join Nick Carter, a young copyright lawyer, as he hurdles the obstacles thrown in his path: an obnoxious cousin, a beautiful neighbor he desperately wants to hook up with, a megalomanical boss, and aliens who want to blow up the earth unless they get a license that allows every species in the universe unlimited access to Earth's music (sans North Korea).