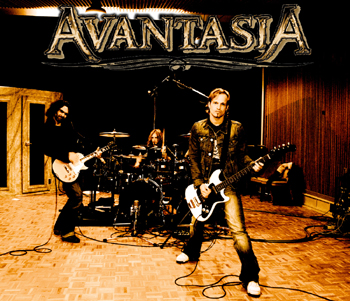 Tobias Sammet's Avantasia is a Power Metal "band" from Fulda, Germany, and the solo side-project of Edguy's Tobias Sammet started in 1999. All of Avantasia's albums are rock operas and are currently split between three different stories: The Metal Opera, The Wicked Trilogy and The Mystery of Time. Avantasia was named as a portmanteau of Avalon and Fantasia for the world that The Metal Opera takes place in. With some of the guests (including Alice Cooper and Klaus Meine) that appear on the albums, one might come to the conclusion that the project is more or less Sammet's way of showing off his connections if it weren't for the fact that the music is so damn cool. Speaking of guest members, if you can think of a power metal vocalist, there's a very good chance that they've contributed to Avantasia.
Advertisement: